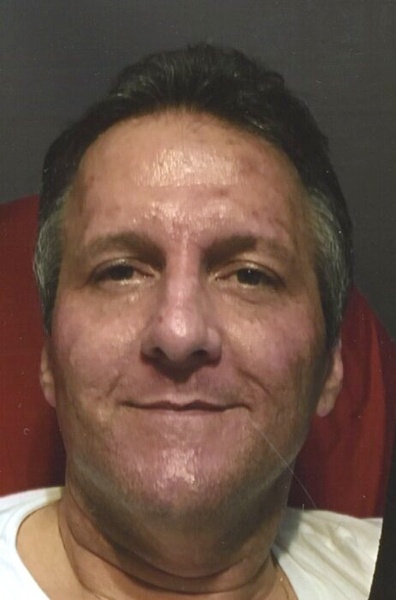 Vincent was larger than life in many ways, and a dependable rock of never ending support. His life was a testimony to the power of personal strength, perseverance, kindness, understanding, goodness, faithfulness and love. He achieved his pain free, peaceful self on December 7, 2020, after a hard fought battle with Covid.

Marion Roman (dec. 1978) and Katherine Mary (dec. 2017) Grzesick welcomed Vincent into their arms on November 13, 1961. As a child he loved the outdoors and spent his early years playing with friends along his beloved Hickory Creek, swimming in the pool his father built, and fishing. Hunting and riding his motorcycle added to his enjoyment. Vincent attended Roosevelt Elementary School and completed high school at Lakeshore High School, where he learned to love cars and motorcycles, and loved to test the limits of how fast he could go. After high school he attended Hobart institute of Welding Technology in Ohio, then returned to Michigan for work. After a couple of years he moved to Arizona to attend CADD Institute, where he excelled in learning computers and drafting. Returning to Michigan, he found work at Stanley Knight Corporation, where he was the computer specialist to overseeing the engineering department over the next 15 years. Vincent was credited by the owners with saving the company, as he fully computerized the organization and automated the engineering process. When the company was sold and relocated out of state, he opened his own computer repair shop in Bridgman. Vincent worked hard, but family and friends were his driving force. He lived life to the fullest. He loved his friends and family wholeheartedly, and there wasn’t anything he wouldn’t do to help them.

Vincent leaves behind many who love him; his sister Mary (Rick) Diamond who he counted on and who supported him his entire life; his brother Michael (Diane) Grzesick, who taught him all about life; his niece Jodie (Craig) Tuuk, who he was so proud of what a good mother she is to Brandon and Kylie; his niece Natasha Grzesick Moseng, who he was so proud of everything she accomplished; niece Shelly May, and nephews Todd and Brian Sorce; his many beloved cousins, especially Joe Catania, who was like a brother to him, and his “aunt” Helen Schlitter who he loved playing cards with. Vincent had many friends who mourn him; childhood friend Robert Moschioni (there are many stories of all the adventures they got into); Dale Morrow (Vincent enjoyed watching Dale’s boys grow up); Steve Doty, who faithfully kept in touch since Arizona days; and Chuck (Fran) Nicholas, who he considered a brother. Vincent appreciated all of Chuck’s help and support over the years and enjoyed their long talks. Although he never had any children, Vincent considered Adam, Daniel, and Ryan Closson “his” boys. Vincent leaves behind his loving fiancé Sherry Simpson, whom he always said was the love of his life and wished they had met much earlier in life.

Those wishing to honor Vincent may make memorial contributions to the Wounded Warrior Project. Per Vincent’s wishes, there will not be a formal service at this time, but a Celebration of Life will be held at a later date.

To order memorial trees or send flowers to the family in memory of Vincent Grzesick, please visit our flower store.