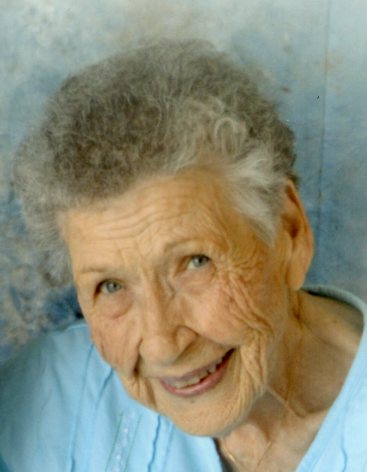 Virginia Katherine Janca, 97 of Baroda passed away peacefully on Sunday, October 28, 2018 at West Woods of Bridgman, as countless angels and her husband of 74 years gathered around her.

Memorial Service will be held 11 AM Wednesday, November 7, 2018 at the Boyd Chapel of Pike Funeral and Cremations Services, 9191 Red Arrow Highway, Bridgman with Reverend David Londot, Sr.  officiating. Friends may meet with the family from 10 am Wednesday until the time of the service. Memorial contributions may be made to the Baroda Bible Church, PO Box 205, Baroda MI 49101 or The Humane Society - Southwestern Michigan Yeager Family Pet Shelter, 5400 S. Niles Road, St. Joseph, MI 49085. Online condolences accepted at www.PikeFH.com.

Jinny and Bob were both born in 1921 and raised in Bridgman, Michigan. The former Virginia Katzbach was raised on a farm just south of Bridgman, the current location of Reed Middle School. Jinny and Bob graduated together from Bridgman High School in 1939. They were married in 1944 shortly before Bob headed to Europe to be engaged in World War II. Back home again Jinny and Bob settled in Baroda. They joined the Baroda Bible Church, and raised their three daughters there.

Jinny and Bob celebrated their 74th wedding anniversary and Jinny’s 97th birthday in a surprise party at West Woods last month where the couple had resided since July.

Jinny had a long, distinguished career as an accountant. After being a manager at the bank in Baroda (which was robbed once while she was on duty) she moved on to  manage accounting for several businesses both large and small including: Twin Cities area Chamber or Commerce; Pearson Construction Company; a law firm; and Bridgman Public Schools. Her last accounting position was as Treasurer of the Village of Baroda from 1986 through 2003. The village honored her with a retirement party where she said,  “I’m proud of our village because it is clean and well taken care of.” She was also proud that “Baroda is a grass roots village, influenced by farmers who produce food for our nation.”

Jinny was a renowned baker. Her cream puffs and berry-filled pie slices were famous. She was also an accomplished seamstress of garments and home furnishings. In recent years she sewed thousands of toys and bedding for cats and dogs in shelters.

Virginia was proceeded in death by her daughters: Sue Janca-Ferguson in 2009 and Roberta Kay Janca earlier this year.

To order memorial trees or send flowers to the family in memory of Virginia Janca, please visit our flower store.
Send a Sympathy Card