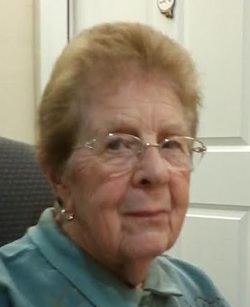 Ginny was born July 1, 1926 in Indiana, the daughter of the late John and Orpha Belle (Halt) Moyer. On July 7, 1945 she married G. William “Bill” Vanderboegh and he preceded her in death on June 1, 1990. She was a member of Hinchman United Methodist Church. Ginny enjoyed quilting, gardening, oil painting, and visiting the countryside wineries.

Ginny was also preceded in death by two brothers – Glenn and Gordon Moyer, and a sister, Zora Fritz.

To order memorial trees or send flowers to the family in memory of Virginia Vanderboegh, please visit our flower store.
Send a Sympathy Card