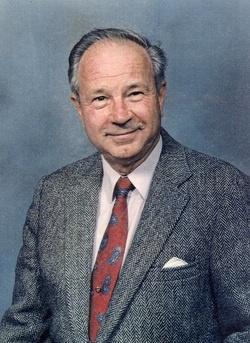 
Warren Robert Snyder, 89 of Bridgman passed away on Thursday, June 21, 2018 at his home surrounded by his loved ones.

Warren was born June 21, 1929 in Detroit, the son of the late Paul and Mary (Schefges) Snyder. On May 28, 1988 he married Allene Charlotte Downing. Warren was a life long violinist, playing in multiple symphony’s, including playing in the Jackson Symphony that traveled to several European countries the summer of 1977. He served in the Army during the Korean War. He graduated from Wayne State University, receiving a Law degree. He worked for the state Michigan, starting with the Department of Natural Resources (DNR), where he was instrumental in changing the uninsured motorist law for the state of Michigan. Later he joined the Attorney Generals office until he retired. After retiring he traveled extensively all over the world. He enjoyed wood working, camping, boating, and being outside. He was the ultimate jokester sharing his humor with anyone, especially those on the boardwalk.

Survivors include his wife of 30 years: Allene; his children Anne Hanson, Brian (Diane), Bob, Sheila Morgan, Ruth Lynch, Maureen (Sean) Tucker, and Bill. He was also blessed by 18 grandchildren and two great-grandkids. Survivors also include Allene’s children: Barbara (Bruce) Zelmer, and their three sons, and Scott Downing and his son.

He was welcomed home by his two grandsons (Josh & Zach Morgan), his infant twin daughters, sister, parents and many aunts, uncles and cousins.

To order memorial trees or send flowers to the family in memory of Warren Snyder, please visit our flower store.