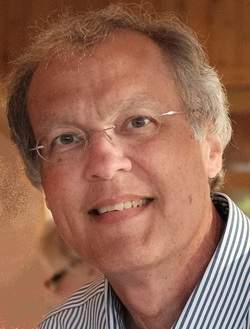 
On January 25th, 2017, Wayne Paul Klug ended his nearly fourteen-year battle with cancer. His family extends gratitude for all the doctors, nurses, nurse assistants, and hospital techs whose care made it possible for Wayne to have such a long battle. His family would also like to thank the friends and extended family for all the prayers, hugs, and conversations during his years of treatment.

Born August 1st, 1960 to Paul Klug and Elsie (Landauer) Klug in St. Joseph, MI. Wayne grew up in Glendora, MI. He spoke fondly of his hometown, the summers picking concord grapes/black raspberries/asparagus/etc, and many dirt bike adventures (consequently, he forbid his three daughters from ever riding a motorcycle). He was proud of growing up in an agricultural area and had a huge respect for his neighbors/relations who were farmers.

Wayne loved running and being outdoors. Fittingly, he ran cross-country while at River Valley High School. He also spent a couple of his college summers working at Warren Dunes State Park and considered becoming a park ranger.

From 1978-1982, Wayne attended the University of Michigan (UofM) where he earned a Bachelor of Science in Mechanical Engineering. During an Intervarsity picnic his junior year at UofM, Wayne met his future wife, Nancy Deckert. Appropriately, their first date was a pep rally at the UofM vs. Michigan State game (they were big UofM football fans).

Wayne and Nancy married in 1984 and moved to St. Joseph, MI. Wayne starting working at Whirlpool Corporation the same year, and he would continue working there for the remainder of his life. Together, Wayne and Nancy had three daughters: Lindsay Marie Kuite (Evan), Marsie Kristine Surguine (Brian), and Sarah Elizabeth Klug.

Wayne loved his family. Through his actions and his words of affirmation, he made sure that his wife and daughters knew they were loved and valued.

Despite battling cancer for years, Wayne remained active, working throughout treatments (often working on a laptop during chemo treatments) and volunteering with Forgotten Man Ministries, as well as helping the Lakeshore Middle School and High School Science Olympiad teams in various events, from bridge building to flying balsa wood planes.

His faith in Jesus as his savior was influential in his life, shaping his perspective as well as his interactions with others. Wayne strived to show respect and kindness to everyone he encountered. He believed in integrity, following the Bible’s guidance in Matthew 5:37 about one’s “yes” meaning “yes” – no need for embellishments like “I promise” or “I vow.”

One way to honor Wayne’s legacy is through a donation to Forgotten Man Ministries, Berrien County (http://www.forgottenman.org/locations/Berrien). Forgotten Man Ministries is an organization whose purpose is evangelism and discipleship inside the Berrien County Jail. Volunteering with the ministry intermittingly over the years, between treatment cycles, the mission of the ministry was dear to Wayne’s heart.

Wayne is survived by his wife, daughters, grandson (Aaron), father, and sister Kim. He is preceded in death by his mother.

To order memorial trees or send flowers to the family in memory of Wayne Klug, please visit our flower store.