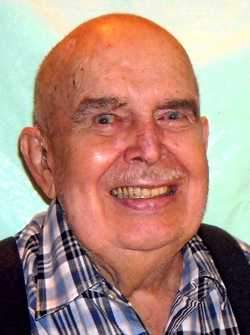 William Edward Conway, 80, of Stevensville passed away on Monday, January 6, 2014 at his home.

Bill was born August 25, 1933 in Decatur, Michigan the son of the late Richard and Bernice “Louise” (Shafer) Conway. He married the former Vera Gaul on October 25, 1969 and he was a member of St. Paul’s Evangelical Lutheran Church in Stevensville. In 1992 Bill retired from the State of Michigan Liquor Control Commission after almost 25 years of service. Bill played the harmonica and enjoyed polka music. He and Vera were avid polka dancers. Bill loved birds and built bird houses and feeders and made sure they were well fed.

Survivors include his wife of 44 years, Vera; brothers-in-law – Arnold (Adeline) Gaul of Stevensville and August “Sam” (Jeannette) Gaul of Bridgman; sister-in-law, Irene Ogonowski of Stevensville; and many nieces and nephews.

He is preceded in death by his brothers and sisters – Lynda Jewell, Larry Conway, Barbara Postello, Mike Conway, Cathy Diedrich, and Peggy Howerton.


Memorial Donations Memorial donations can be made to:
St. Paul's "Building on God's Blessings" Fund

To order memorial trees or send flowers to the family in memory of William Conway, please visit our flower store.