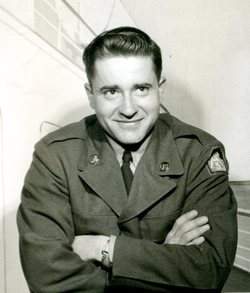 
William Arthur Fleisher, 79, of Baroda passed away peacefully on February 9, 2015 at his home.

William was born July 31, 1935 in Hinchman, Michigan the son of the late Francis “Ted” and Martha (Clark) Fleisher. William served in the United States Army. On January 17, 1959 he married Janis Nitz. William was a Little League coach. He enjoyed fishing - and loved spending time with his family, especially his granddaughters. He repaired John Deere tractors - having worked at Baroda Hardware and Klug’s Farm Equipment; retiring in 2000 after over fifty years of working his passion. He was a member of St. John’s Lutheran Church in Baroda.

To order memorial trees or send flowers to the family in memory of William Fleisher, please visit our flower store.