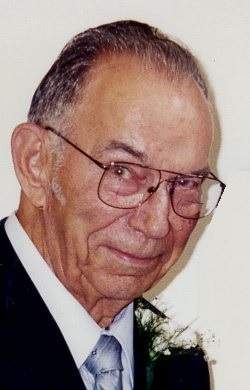 A funeral service will be held 11 AM Thursday, November 16, 2017 at Trinity Lutheran Church, 5791 Sawyer Road, Sawyer with Reverend Randy D. Lett officiating. Friends may meet with the family from 10 AM until the time of the service at the church. Memorial contributions may be given to Trinity Lutheran Church, Sawyer. Burial will be in New Troy Cemetery.

Bill was born December 19, 1928 in Benton Harbor the son of the late Emil and Tillie (Rach) Freyer. On July 22, 1950 he married Arlene Price. He retired from Anstey Foundry in Stevensville and was a faithful member of Trinity Lutheran Church, Sawyer.

To order memorial trees or send flowers to the family in memory of William Freyer, Sr, please visit our flower store.