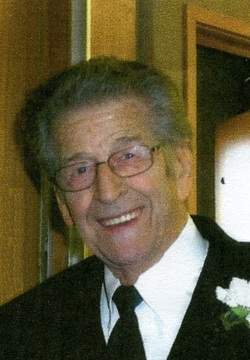 
William Henry Gardner, Jr., 89 of Stevensville passed away on Tuesday, March 28, 2017 at his home in the care of his family.

A Celebration of Life service will be held 4 PM Friday, March 31, 2017 at Baroda Church of God, 5020 Cleveland Avenue, Stevensville, with Reverend Bonita Laudeman officiating. Friends may meet with the family from 3 - 4 PM on Friday at the church prior to the service. As an expression of sympathy, memorial contributions may be given to Baroda Church of God.

William was born September 1, 1927 in Benton Harbor, the son of the late William Henry and Edith (Williams) Gardner, Sr. William owned and operated Gardner Electric for over fifty years. William spent many years singing and playing in The Gardner Gospel Singers. He was an active member of the Baroda Church of God. William was also well known for playing his harmonica.

To order memorial trees or send flowers to the family in memory of William Gardner, Jr, please visit our flower store.