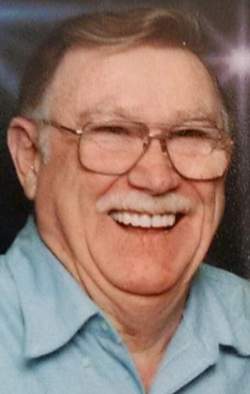 
William Arthur Kidd, 85, of Bridgman died surrounded by family on Wednesday, February 24, 2016 at Lakeland Regional Medical Center in St. Joseph. Cremation has taken place and the family will be remembering him privately. Memorial contributions may be given to the Bridgman Public Library, 4460 Lake Street, Bridgman, MI 49106.

Bill was born on March 29, 1930 in Fleetwood, Lancashire, England, the son of John and Ann (Anderton) Kidd. He served in the British Royal Marines 40 Commando Unit from 1948 - 1955 and saw combat duty in Malaya. He married Patricia Margaret Turner on June 17, 1961 and they immigrated to the United States in 1968. From 1969 - 1981 Bill worked at Nylen Products and retired from Desco Engineering in Sarasota, Florida in 1992.

Bill was preceded in death by a son: Derek; a grandson: Daniel; and siblings: Jack, Bob and Irene. Bill loved all animals and will be greatly missed by Lady, his latest love in a lifetime of doggy friends.


Family will be remembering him privately

To order memorial trees or send flowers to the family in memory of William Kidd, please visit our flower store.