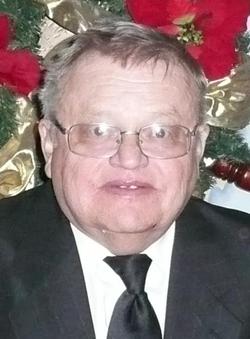 
William James Pearch, 66, passed away Sunday, April 7, 2013 in Benton Harbor while on a fishing excursion. He passed away in his sleep. His family and friends are at peace knowing that he died doing what he loved doing - fishing!

William was cremated and a private family memorial service will be held at a later date.

William was born February 12, 1947, the son of the late James M. and Mary O. (McMillan) Pearch. William married Theresa A. Szylak on February 10, 1967. Together they owned and operated an Automotive Parts Store in Fenton for many years. They retired at an early age and spent many years traveling the country. William loved to volunteer. He served many years as a volunteer firefighter while his family resided in Fenton. William also loved being on the water and fishing. He was an avid member of the United States Coast Guard Auxiliary and served on the board of the Saint Clair Shores Walleye Association.

William was preceded in death by his parents and his brother Andrew.

A memorial service will be held at a later date.

To order memorial trees or send flowers to the family in memory of William Pearch, please visit our flower store.
Send a Sympathy Card