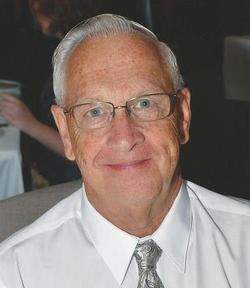 William Sander “Sandy” Schiek, 74, of Sawyer, went home to be with his Lord following a valiant battle with pancreatic cancer. He died peacefully in his home on December 4, 2013.

William was born on November 18, 1939 in Harlingen, Texas, the son of William B. and Vivian Schiek. He served in the U.S. Air Force from 1962 - 1966 and worked as a machinist for 38 years, 29 of those years at Weldun International. He was a faithful member of Sawyer Highlands Church. William’s greatest pleasure was spending time with his family, trying never to miss a special event in which they were involved. During his retirement years, Lois and he enjoyed spending the winter months in Lady Lake, Florida.

William was preceded in death by a sister and brother-in-law, Jeralyn and Larry Webb.

To order memorial trees or send flowers to the family in memory of William Schiek, please visit our flower store.