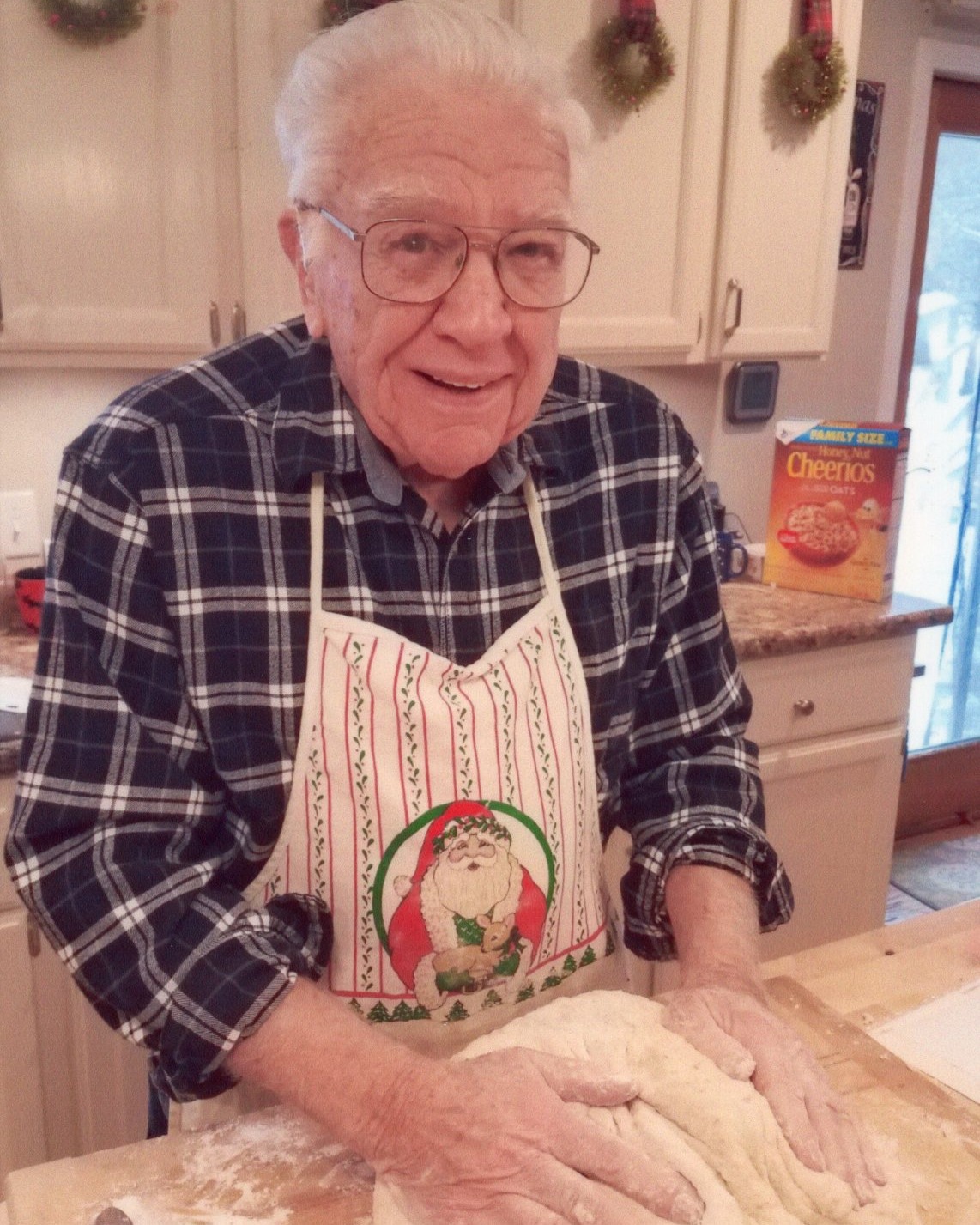 A gathering of friends and family will be held from 5-6:30 PM on Friday, January 20, 2023 at Pike Funeral and Cremation Services, The Boyd Chapel, 9191 Red Arrow Hwy, Bridgman. A time of sharing will begin at 6:30. Memorial contributions may be given to Midland Historical Society, 1801 W. St. Andrews, Midland, MI 48640 or Talons Out Honor Flight, P.O. Box 280 Portage, MI 49081. Online condolences accepted at www.PikeFH.com.

Bill was born on February 11, 1924 in Hope, MI the son of the late A. James and Mildred (Gray) Wall. On October 11, 1947 he married Helen Shortt and she preceded him in death in 2017. Bill was a World War II U.S. Navy Veteran, 3rd Class Carpenter. He was a lifetime member of the NRA. Bill liked to putter around the family farm and enjoyed carpentry, building blue bird houses, and baking bread. He owned and operated Gray Hardware in Midland. Bill was a life resident of Midland but spent the last 5 years in this area to be closer to his grandchildren and great grandchildren.

Bill was also preceded in death by a brother: Robert Wall.

To order memorial trees or send flowers to the family in memory of William Alfred Wall, please visit our flower store.