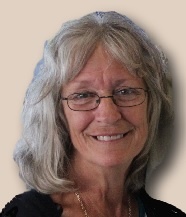 
Wilma Gean Killips, 71, of Stevensville passed away on Monday, September 14, 2020 at her home in the care of her family.

A memorial service will be announced later. Online condolences accepted at www.PikeFH.com

Wilma  was born Monday, April 24, 1949 in Kalamazoo, the daughter of  Jesse Dean  and Frances Ordean (Garrison) Jenkins. Wilma met Richard Wayne Killips in 1968 at Henry’s Drive In and they were married on July 1, 1972. They raised four kids and now have lots of grandchildren and great grandchildren. Wilma loved to goof around and tease her kids and grandkids whom she loved very much. She was very active as a member of the Stevenville American Legion Post 568 Auxiliary and served as Sergeant at Arms for many years.  Wilma bowled for many years and won state singles and doubles tournaments.  She had a wicked sense of humor, earning her the nickname “Wild Thing”.  Wilma loved her Cleopatra machines at the Casino, and enjoyed fishing up north, even with the guys. She liked giving her son Tommy lists of projects to do. You smiled when Wilma walked in the door, she loved to boast about her family. Wilma fought valiantly and now she is reunited with her daughter Carrie in Heaven.

To order memorial trees or send flowers to the family in memory of Wilma Killips, please visit our flower store.