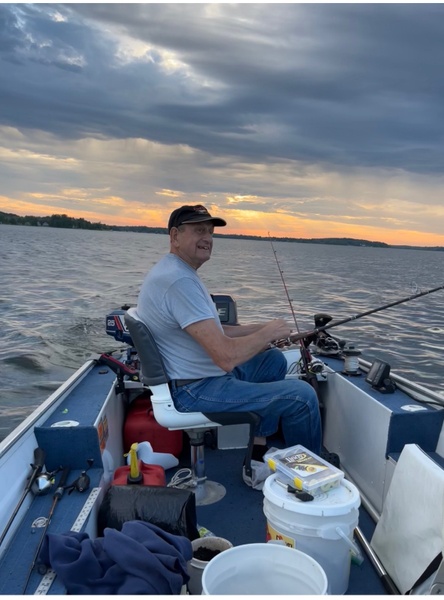 Lewis Robert Godush, 79, of Bridgman passed away unexpectedly at his home on August 3, 2022.

A gathering of family and friends will be held from 4 – 7 PM on Friday, August 12, 2022 at Pike Funeral and Cremation Services, The Boyd Chapel, 9191 Red Arrow Hwy, Bridgman. A private family graveside service will be held at Graceland Cemetery, Bridgman. In lieu of flowers, memorials may be made to the Berrien County Cancer Service, 3900 Hollywood Road, St. Joseph MI 49085. Online condolences accepted at www.PikeFH.com.

Lewis was born on November 26, 1942, in St. Joseph, Michigan. He graduated from St. Joseph High School in 1961. While serving in the Army as a Sergeant, Lewis served a 14-month tour while stationed in South Korea. He received the Good Conduct Medal, National Service Defense Medal, and Rifle Expert status.

On October 19, 1968, Lewis married Donna Jene Schoenfelder in St Joseph, Michigan. They shared over 52 years of marriage. Lewis was an Electrical Foreman, a St. Joseph Firefighter, and coached little league baseball. In his retirement years, Lewis enjoyed spending time with family, he adored the grandkids, going on cruises, especially to Alaska, hunting, fishing, and summers up north, and he also enjoyed the occasional visit to the casino to try his luck.

To order memorial trees or send flowers to the family in memory of Lewis Robert Godush, please visit our flower store.